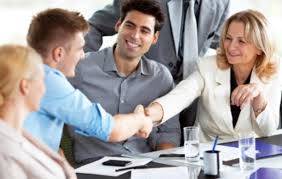 Given that I yawned ceaselessly throughout the drive to the Boardroom Network meeting this month, I thought I’d eavesdrop on the many conversations being had over coffee as the event was winding up to start. Yes, I was right! From the outset it was split 50-50 between those greeting each other to talk genuine business and those mutually lamenting the early start. Does anyone really enjoy a 5.30am alarm?!

Think of it this way: there are two silver linings to the dark cloud of rolling out of a warm bed at an unearthly hour. One is that, with arguably a few exceptions, it takes a special effort. And anyone who makes a special effort deserves a special reward – I reckon TBN delivers that. The second is that, from my observation at least, it was already light before I had to leave the house. Somehow that not only makes it easier, but makes it feel right too. Bring on the summer!

Despite the comments about the challenge of the early start, most of us were suitably caffeinated and up to full steam by the time Simon Scarborough ushered us to the tables and on to another pleasant breakfast. Hmm, a generously loaded plate of Full English is perhaps another silver lining.

Casual table conversations over breakfast and our 60-second pitches seem to get easier and more fluid with each event, don’t you agree? I think we’re getting into the swing of it, and that rubs off on new members and guests. So in what seemed like no time at all, Simon announced the first two-minute warming slot– so apologies to one of my first-time guests, Bart Duszynski the O2 Store Manager in Winton, who didn’t get to say his piece before independent business consultant Kevin Sheldrake took to the podium. (I promise to be more timely as Table Ambassador next time!)

Kevin started by painting a word picture of a tranquil woodland scene, and pondered whether a falling tree makes any noise of no-one’s there to listen to it. He then extended the analogy with a crowd-pleaser that suggests even if a man is talking in a forest and no woman is present to hear, the man is still wrong. Good one! A more serious question was: “How do you really get yourself heard amidst a forest of competition?” Among his solutions were five key points: be proactive, visible, accessible, memorable, and add value. Good advice. If you’re not entirely sure how to do that, then contact Kevin for assistance. He finished by throwing down the gauntlet, demanding that we find someone in the room we can help – and go and tell them. Then arrange a one-to-one. Our thanks to Sasfi for the photographs of Kevin’s presentation this month.

A second round of table pitches and it was time for Adrian Stephenson of Done For You PPC to take the stand. Like Kevin, Adrian clearly missed his vocation as a stand-up comedian. He began by telling us he’d woken up that morning thinking of sex! It sounded very wrong. (It even feels wrong typing it – and probably risks jeopardising this blog’s Google ranking. Thanks Adrian.) Things looked like getting worse when he explained that his topic was addiction. Luckily, he steered back to a more tasteful track by stating that he sees addiction as a common characteristic among business owners and entrepreneurs. Then he proved it quite succinctly with a show of hands. Virtually no-one in the room could visualise what life would look like if their business failed. In contrast, most could envisage life at the helm of a super-successful enterprise. His point? In an admission that must surely label him as some kind of digital pusher, Adrian announced that he can help feed our addictions. Contact him to find out how to get your next fix.

Finally, the popular third slot was given over to Joannah Bishop from Rocket Digital Media to offer some tips on networking. In her characteristically soft, gentle and understated way, Joannah berated the room for not grasping a two-minute warming opportunity and for staring at breasts while pretending to read name badges. Seems us blokes have been rumbled. Damn! Her goal was to encourage more one-to-ones between TBN members to develop relationships faster. She did make one particularly valid observation: most of us are reasonably adept at dealing with multiple channels of online communications even though few, if any, of these are as effective as a face-to-face meeting. Joanna also encourages us to be open-minded and, although she used slightly more colloquial language, in essence advised us not to judge a book by its cover! “It’s all about outside the room,” she proclaimed. We know she’s right.

Last to the lectern, as is her way, was Jacqui with her wrap-up address. She had been excited by a milestone for the event with 61 people booked. Sadly, on the day eight people didn’t make it. While that’s slightly disappointing, Jacqui declared that it only serves to make her more determined. Moving seamlessly from a flat moment to one full of fizz, she announced, with some embarrassment, that this month’s Champagne prize goes to Diane Bantten of Acquit Debt Recovery for bringing three guests. Diane is one of Jacqui’s close friends. Fear not Jacqui, none of us thought it a fix. No, really!

Until the next event, which is on 5th June at the Hallmark, keep the stories and feedback coming. Thanks. All the best – Steve Chapman of Swordfish, aka TBN Blogmeister.