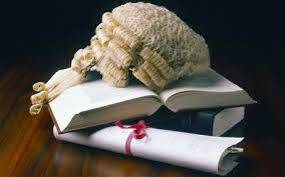 It’s September which means its back to school for many and a return of our monthly meetings at the Boardroom Network! It appears some of our members may have taken the opportunity of the kids going back to school to sneak in a September holiday as there were slightly fewer of our members at this month’s event. However, that’s not necessarily a bad thing as it gave all in attendance a chance to network more intimately whilst there were still plenty of new faces around too!

Despite the summer drawing to a close and the mornings getting darker, spirits were still high as our networkers grabbed the essential morning coffee and got to some jovial networking. Conversation focused on a fruitful, yet slightly colder than usual, summer and the amazing events that have been taking place locally – such as the Bournemouth Air Festival.

As our resident host and master of ceremonies, Jay Ratchett, commenced the official start to the morning’s formal networking, our members made their way to the tables and the first round table discussions. Along with the usual one minute pitches, topics also covered the importance of connecting on LinkedIn and other social media platforms and whether there is a science to networking (let us know if you think so on our Facebook page!).

It was then time for our first two minute warmer, as Jay sounded the gavel to aptly introduced Barrister Derek Marshall from College Chambers. After stylishly modelling his traditional barristers’ wig, Derek then spoke to the room about the benefits of direct access to the College Chambers wherein their expertise is on hand to settle disputes via the civil mediation route. This opportunity avoids costly court time and lengthy legislative procedures.  Derek ended his two minute warmer by leaving us with the tantalising question – what exactly does he do with his wig in his spare time?

Following the customary table swaps, the second round table discussions then began. Topics on these tables included exciting news of business successes, including fantastic international ventures, as well as some passionate referrals of fellow Boardroom Network members.

Hatty Fawcett of Focused for Business then charismatically addressed all, as it was time for the second two minute warmer. With a focus on the benefits of crowd funding, Hattie promoted the advice she can give businesses – from “sexy start-ups” to those looking for some extra funding.

After Hattie’s two minute warmer, one of our newest boardroom members John Parrett of Fox Tailoring spoke to the room.

Giving everyone a great introduction to his business, John spoke about Fox Tailoring’s first class services – making hand-made tailored suits for the Bournemouth business community, including AFC Bournemouth’s Chairman, Jeff Mostyn, and Commercial Director, Rob Mitchell. Some of our well-known members including Darren Northeast of Darren Northeast PR and Justin Cohen of The Italian Villa were also sporting Fox Tailoring’s fine attire too!

September’s meeting finished with a welcome to our three newest members, as well as promoting our upcoming Winter Golf Trophy on the 6th November. We expect all our Golfing enthusiast members to sign up and get practising on those swings! Look out for the circular outlining full details.

Finally, with the winter months fast approaching, Jay also reminded everyone of our Christmas Luncheon which is set to take place at one of our favourite local venues, The Italian Villa, on the 17th of December.

Thanks to all of our members who attended another great morning of networking! Our next event takes place on Thursday 1st of October, where we’ll see you all “bright n’ early”. In the meantime, make sure to follow us on Twitter: @theboardroomnet and like us on Facebook: www.facebook.com/theboardroomnetwork.