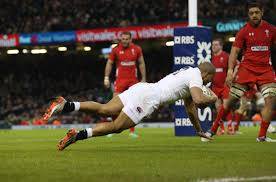 October is with us, which means we now have the struggle of getting up and out of bed before the sun has even graced the sky! That being said, it was clear that no one was deterred by the early morning start, as over eighty keen networkers made their way to the Hallmark Hotel for this month’s TBN event. As the sun rose above our Bournemouth sky, the loyal TBN members and over twenty visitors gathered for another morning of fruitful networking.

The first topic on everyone’s lips was the Rugby World Cup, with our Welsh members keen to discuss (or perhaps even gloat over) last weekend’s results. Though our Welsh and English members could both agree that it was a fantastic game of rugby!

At the Boardroom Network we are blessed with members of many different nationalities. Many were keen to discuss their own team and the world cup in general, which was a great reminder of the unifying power global sporting events can have!

However, once our members had enjoyed some sporting banter it was time to get down to networking. With everyone joining there assigned tables and enjoying the delicious cooked breakfast, it was time for the first round table discussions. Topics around the table included the marketing and PR benefits of entering local awards – as demonstrated by our own TBN member, Tony Beales, who was recently named as the Blackmore Vale Business Awards ‘Businessman of the Year’. Congratulations to Tony!

With the gavel sounding to signify the end of the first round table discussion, our charismatic host, Jay Rachett, welcomed Nicholas from Alan and Thomas Insurance as our first ‘two minute warmer’. Nicholas was pleased to announce that the insurance company are celebrating their 40th year as well as highlighting their diverse range of clients from marine companies to breweries.

After a quick table swap, it was then time for the second round table discussions to get underway. These included a helpful and important reminder to ensure companies have auto-enrolment schemes in place in order to avoid the hefty fines which will come into action for those without at the beginning of next year.

Following on from another tap-tap-tap of Jay’s gavel, artist and new TBN member, Sally Mackness, delivered our second two minute warmer. Sally was keen to tell us all about the business in art as well as the exciting news that she will be jet-setting abroad at the beginning of next year to showcase her work art at New York Arts Week. However, perhaps most importantly, Sally spoke of her current fundraising efforts, in association with Lovett Estate & Letting Agents, auctioning a series of ‘pink-themed’ works as part of breast cancer awareness month in aid of Macmillan Caring Locally.

Jay rounded off another successful morning by announcing Kevin Sheldrake as this month’s winner of the champagne for inviting the most new members. Finally, Jay finished with a quick plug of our soon approaching TBN Winter Golf Trophy on the 6th November which is scheduled to take place at The Dorset Golf and Country Club Bere Regis Dorset. Whether you’re a Golf Pro a low or high handicapper, it’s a great excuse to escape the office for an Outing of fun, challenge and an additional networking opportunity with contacts of similar interests.

We look forward to seeing all our members again at our next event  remember remember the 5th of  November. See you then!