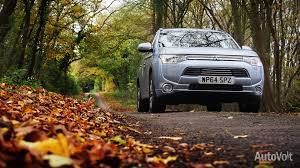 This August marked our landmark 18 months as the Boardroom Network returned to its regular home at the Hallmark Hotel for another “bright n’ early” start. Though the weather may still not be quite as bright as we’d hope for this time of year, if there is one thing that we have proven through our monthly meetings, our members, whether rain or shine, are always ready to network!

With over 80 people in attendance the Merlot Suite was busy and bustling as everyone conversed over the essential morning coffees and teas. Talk focused on a variety of local and national topics from the upcoming Bournemouth Air Festival to July’s big budget announcements and how these are set to affect us all.

As August’s meeting got under way the booming voice of our enigmatic resident MC, Jay Rachet, beckoned all to their first tables and the delicious breakfast which the Hallmark Hotel provided. It was then time for the usual round table discussions and customary one minute introductory pitches. However, in a musical twist, our table hosts asked everyone to finish their elevator pitches by telling everyone about their first record, tape, cd or mp3 purchase. This certainly provided an intriguing insight into people’s pasts – with records ranging from Grease, Blue Suede Shoes, Hot Chocolate, ELO, to The Simpsons Sing The Blues! After reminiscing over the memories (both fond and not so fond) that came with recalling everyone’s first album, it was time for the first “two minute warmer” to take to the stage.

This month it was the turn of Andrew Woodruff, from Best of Bournemouth. Andrew announced the upcoming Bennington Business Expo on the 29th of October; a great opportunity for TBN Members to showcase their businesses by exhibiting. The event will also be a fantastic networking opportunity with over sixty exhibitors and a hundred high profile local delegates set to be in attendance.

After the second lot of productive round table discussions and further first record collection confessions, Mark Blunden from Futurum Ltd stepped up to deliver the second two minute warmer. As one of Dorset’s leading renewable energy companies, Mark spoke of the exciting new developments and rise in popularity of Hybrid Electrical Vehicles along with Futurum’s ability to install electric vehicle charge points. Of course, as an avid supporter of Hybrid Electrical Vehicles, Mark also took the opportunity to exclaim how his Mitsubishi Outlander PV goes like a Ferrari and has left several sports cars, including an Audi A4, eating his dust!

As August’s Boardroom Network began to draw to end, Jay Ratchet thanked everyone for attending including the new members of the boardroom network and the 24 visitors, whilst Mr Justin Cohen of the Italian Villa was announced as this month’s winner of the Champagne for inviting the most new visitors.

To round off the 18th month of meetings, TBN Director and  founder Jacqui Frampton was delighted to announce that The Boardroom Network’s own Diane Bantten (Acquit Debt Recovery & Credit Control and Stephen Brock (Spotcheckers Ltd) will respectively be taking new roles as Credit Controller and TBN Membership Secretary; to help take The Boardroom Network forward and take the next steps for it’s future development.

Lastly, Jacqui announced that The Boardroom Network is looking to form a small Golf Society with an opportunity to win the TBN Trophy – Ashley Frampton PGA will organise the proposed bi–annual events and thereby ensure we cater for all handicaps – so start practising on your swing and look out for the announcement of our first event very soon!

Thanks to all our members who have made the last 18 months at the Boardroom Network so special. With Diane and Stephen now on board the future is looking even brighter and we look forward to seeing everyone at our next event on the Thursday 3rd September at The Hallmark Hotel.