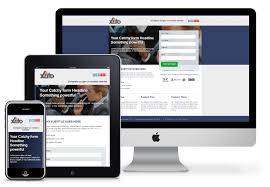 Despite April being a month for fools, this month’s Boardroom Network event was certainly no joke as over 90 people, including both members and guests, filled the Hallmark Hotel, providing the opportunity for some serious networking! With the aroma of coffee in the air and the impressive number of people in attendance the event got off to a bustling start as hands were shook, new introductions made and old acquaintances caught up.

As usual, our host Jay Rachet, kicked off this month’s official proceedings as everyone sat down whilst table hosts were asked to make introductions and commence round-table discussions. It was great so see tables being so supportive of each other’s businesses and services, with several members making referrals and promoting other members services after the initial “elevator pitches”. There were also some fascinating table discussions including the impending change in Google Legislature which will mean if your website is not mobile friendly by the 29th of April it is likely to suffer from falling in Google’s page ranking.

Our first “two minute warmer” speaker was Adrian Stephenson of Done For You PPC who delved into the importance in keeping business websites active in order to attract more customers and ensure your website is being used to its full potential, whilst also speaking about remarketing for websites to get that “second bite of the cherry”.

Following on from the regular table swaps, our next speaker was Justin Cohen of Beales Gourmet and The Italian Villa. After a brief introduction to the multiple award winning venue and catering company, the charismatic Mr. Cohen went onto promote an upcoming corporate event taking place at The Italian Villa and invited all the members of The Boardroom Network to attend.

Finally the event was nicely rounded off with a warm closing speech from Jay Rachet who thanked everyone for attending this month’s stellar event whilst announcing Caroline Swaine as the winner of this month’s champagne for introducing the most new visitors to The Boardroom Network.

April’s Boardroom Network event was another great success and we would like to thank everyone who attended for making it so brilliant. We look forward to seeing everyone again on Thursday 7th May. –  this is also the date for the General Election should be a good marker!