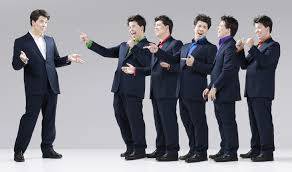 The light mornings and, in the case of this month’s event, the fine weather, certainly seem to contribute to sense of well-being among the 60+ number of intrepid business people who turned out for The Boardroom Network. Fewer yawns, a discernibly greater buzz to the conversations and more huddles of groups and one-to-ones sharing the early morning tea and coffee. Good to see.

It’s clear to me that we all know the form now. Meet, chat, drink a hot beverage or two and wait for the command to glide effortlessly to the first table. This month, in the absence of Simon Scarborough, Tony Bealesof Beales Gourmet ably filled the shoes for the MC’s role. And so the main course began – with breakfast of course. Under Tony’s gentle stewardship, we made our way table-by-table to the buffet. All was fine – except for the absence of baked beans. Did anyone else miss them?!

The tables were as busy and noisy as ever. Vanessa Ugatti, a first-time guest on my table, produced a free book on how to charge what you’re worth, which is an engaging read of value to those of us in the service industry. Get your copy from Vanessa’s website. Having each said our bit, we eagerly awaited the first Two Minute Warming, puzzled by the presence of an anorexic visitor. Amanda Burger of Intulo Health was first to the podium. Turns out that ‘George the Skeleton’ is a close friend of hers whose role is to help her demonstrate aspects of body stability. She also drew analogies with cars: the spine is the chassis, muscles the suspension, nerves are wires and petrol is oxygen. Her point was well made. Non-impact injury is usually down to a problem with rotation. For effective rotational movement, you need stability. And that’s what Amanda does – assess where you lack stability. As a bonus, she also left loyalty cards on the tables, which offer one free massage and one half-price massage on a course of eight sessions.

After the table swap, next to the front was Sam Dyer of Smallporate. Or was it Michael McIntyre? With more than a passing resemblance to the comedian even while standing still (without his glasses), Sam chose to up the ante by prancing across the impromptu stage in true McIntyre style. It proved to be a crowd pleaser and earned him a much-deserved round of applause! He also suggested that ‘George’ may have been a businessman who failed to promote his business. The guy’s a natural joker. His proposition to the audience was less flippant. Sam’s company is organising a business exhibition at the BIC on Thursday 19th June. As well as the exhibits, there’s free business networking on offer – so a fine opportunity to meet friends, forge some new relationships and extend your network. The event is free to attend and takes place in the BIC’s Solent Hall.

Last to the bench was Magnus Harding of MEH Construction Management. Far from promoting his business, Magnus’s appeal was a far nobler affair. While charities are not able to participate in TBN, personal causes close to the hearts of individual members are perhaps an exception, wouldn’t you agree? Sophie White and Nicky Matthews were applauded for their all-night efforts in the Moonwalk in May. Magnus went on to tell us of his son’s campanology endeavours in the Bournemouth Youth Hand Bell team. Fifteen individuals from the team have been invited to travel to Milan next year, to perform in large cathedrals. Sounds excellent! However, this fine excursion needs funding, so Magnus simply asked for ideas on sponsorship or contributions. Look out for an email from Magnus soon, complete with a YouTube link.

Jacqui wrapped up the proceedings with notification of a milestone reached: of 64 people booked, 61 had turned up. So we cleared the 60 attendees hurdle just six months into the life of the event. That’s good news. She also announced that TBN is now registered as a limited company. More good news was that four new members had joined since we last met. It’s going from strength to strength. Mark Scott of Technovox won the champagne for enticing the most guests.

Some final news is that next month’s Breakfast on Thursday 3rd July will be a barbecue to take place in the delightful surroundings of The Italian Villa run by Beales Gourmet set within Compton Acres. Something to look forward to at the start of Q3. Coincidentally, TBN member Justin Cohen of Darren Northeast PR is also organising an event at The Italian Villa on 16th July. More on this next month but look out for details from Justin in the meantime.

Keep the stories and feedback coming. Thanks. All the best – Steve Chapman of Swordfish, aka TBN Blogmeister.