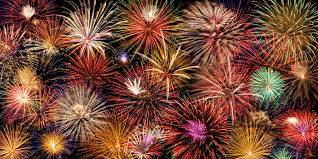 This month marked a very special event for the Boardroom Network, as we celebrated our second anniversary. Despite the cold and drizzly morning, there was a particular feeling of celebration in the air with everyone in jovial spirits; sharing plans for Guy Fawkes Night, stories of homemade fireworks, favourite music, live bands and upcoming Christmas parties.

Once everyone had found their place on their first table of the morning and tucked into the delicious Hallmark Hotel breakfast, it was time to get down to the serious business of networking! The customary one minute pitches were followed by some excellent table discussion including why people spend more time planning holidays than their own finances and encouraging the younger generation to start putting money away for their own pension.

As our toastmaster, Jay Ratchett, sounded the gavel, Sophie White of Total Tax Group took to the floor to deliver the first of the two minute warmers. Sophie spoke about an upcoming business event taking place on the 17th of November at the Ageas Bowl, Southampton. The event promises to be thought provoking and interactive, helping business decision makers to understand the opportunities offered by crowdfunding platforms. For more information visit: www.standingoutfromthecrowd.eventbrite.co.uk

Moving on to the second round tables of the day, there were more great discussions including entrepreneurial opportunities, new software developments and business ventures. The second two minute warmer of the morning, Frank Marsh of Positive Telecom www.positive-telecom.co.uk   then showed off his children’s bright toy telephone which he had found in the attic. However, Frank did not just bring the phone for nostalgic playtime but rather as a useful prop; as he spoke about the exciting future of telephone technology. This included mobile telephones which instantly translate between two languages and desktop telephones which will be connected to the Cloud.

Our final two minute warmer of the day came from our own toastmaster himself. Always charismatic, Jay stepped away from his usual spiel, and opened up to the room about the tough 2015 he has had. This includes retiring from the music industry where he had great success working at Sony and Atlantic, working with stellar names such as Michael Jackson and Justin Timberlake, to setup his own one-stop-shop in the wedding industry.  However, Jay fell into substantial debt in the process. Despite his attendance at every Boardroom Network for the past year, unknown to us, there were times when Jay struggled to put the petrol in his car to get us. But now Jay has paid back the last of his debts and his wedding business is moving from success to success!

Jay’s honest speech provided an emotional end to the 2nd year anniversary of the Boardroom Network and his first year with us, provoking a deservedly raucous round of applause. As a thank you for all his work with the Boardroom Network, this month’s bottle of champagne was also awarded to Jay.

Tomorrow (6th November), will see our members get together for our Winter Golf Trophy Tournament. We look forward to seeing all those who have signed up nice and early for a morning’s round of golf. Though we shall be hoping the Great British rain holds off, make sure to bring you brollies, and we’ll have a fantastic morning.

With Christmas round the corner, we are also now taking table bookings for our White Christmas Lunch at The Italian Villa on the 17th December. The Italian Villa is one of the Boardroom Network’s favourite venues – stunning all year round with spectacular food. Our White Christmas Lunch will give our members the chance to celebrate the season together and relax in an informal setting.
Make sure to book here: http://www.theboardroomnetwork.com/details/30-white-christmas-lunch

Before then, we’ll see everyone on the 3rd of December for our final Boardroom Network event of the year – how time flies!