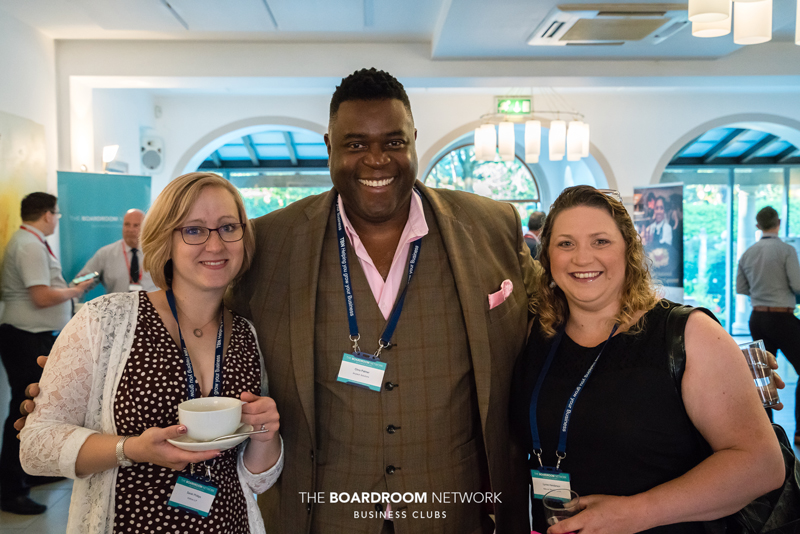 If there was ever a perfect morning at The Italian Villa, the 4thof July, Independence Day, was it for The Boardroom Network. 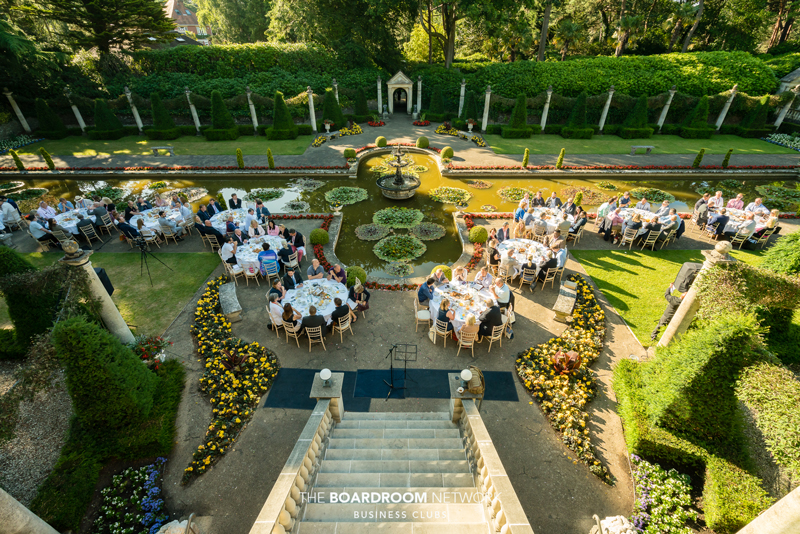 Once a year it has become a tradition for the Dorset meeting of The Boardroom Network (we have meetings in Wiltshire and Hampshire too) to gather for a Summer Breakfast at this glorious location.  It is, unsurprisingly, a firm favourite amongst our members, and there was the excited buzz that was fully appropriate for breakfast outside, in the sunshine, alongside the water-lily ponds of the Italian garden. 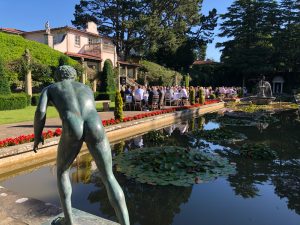 The Wrestlers of Herculaneum looked on as Tony Beales welcomed us, making the point that being here together was more like a gathering of friends than a business meeting.  This was a theme echoed by Lee Thomas at the conclusion of the event, as he explained the folly of networking with only a selfish agenda in mind.  Jay Rachet (our MC), Tony Beales, Tim Adams, Aaron Whiffin, Chris Palmer, and Lee Thomas all seemed aligned with a threat that ran through the meeting: The New Independence.

What is the New Independence?

The New Independence, Independence 2.0, is Inter-dependence.  It is a recognition that The Boardroom Network (not exclusively but most excellently) provides the perfect context in which to connect with like-minded business people with whom we want to do business.  If we could have seen them, there would have been threads connecting many of the members and their visitors, threads upon which could have been written testimonials of just how good it was to do business with one another.  The event was a celebration of solidarity and a commitment to deeper future co-operation.

This is very important because of issues that Chris Palmer highlighted in his promotion for the Cyber Security Awareness event that Anytech Solutions are hosting at The Dudsbury Golf Club, on 11ith July from 9 am.  The Internet is not a theatre of trust!  Whilst we do depend upon it for our banking, our research, much of our shopping, and our data transfer, the fact is it often doesn’t feel either safe or honest.

Take Fakebook for example. Facebook is a magnificent platform for keeping up with friends, families, and events, but if the face we show to the world is only the good side, Facebook can too easily become Fakebook. Before you report me to Facebook, I suggest that this is the way it should be.  I don’t want to read about your woes on a public platform!  I do, however, want to get to know the real you, with your woes and wonders, over a coffee in a one-to-one cued up by meeting you at The Boardroom Network.

The Magic is in the One-to-One

Why do I want to know about your woes and your wonders?  I want to know the ‘for better’ and the ‘for worse’ because we are small businesses, not faceless corporations.  There’s nowhere to hide, and the vast majority of us are here to help.  Take Anytech Solutions – are you aware of their charity work?  This is an organisation that doesn’t stand a part from its community, it is proudly a part of its community.

The Boardroom Network helps us move from the Internet of Distrust to the Network of Trusted Connections. And that’s the true depth of Independence 2.0.  When you look below the surface you find that ‘Independence’ is ‘Inter-dependence’. Here is a tribe of business people who connect one another, who do business with one another, but, above all, who look out for one another. 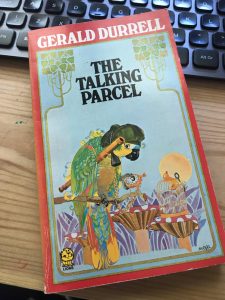 My favourite example of this was something that came out after the event.  At a previous event, Jamie Forster had mentioned a childhood favourite book of his to one of our best listeners, Dawn Palmer.  The book, “The Talking Parcel,” by Gerald Durrell, is not an easy find.  Dawn had sourced this and kindly presented it to Jamie from the goodness of her thoughtfulness.   We all talk about ‘know’ and ‘like’ and ‘trust’ aspects of face-to-face networking, but this is a deeper level still.  Who wouldn’t want to network with people who demonstrate such thoughtfulness?

I’m not going to type out the full messages from our presentations as I managed to capture good sound for the videos I’ve made of Lee Thomas and Tim Adams, and then a separate to camera piece from Aaron Whiffin.  I will shout out the great news, though, that Aaron’s company, Webbed Feet, has not only achieved carbon neutrality but is now pressing on to undo what they consumed in all eighteen years of being in business.  Given the botanical splendour of our location, I, like so many of us, am excited and inspired by this achievement… and want to emulate it.

[My apologies to Tony and Chris – I must have the lavalier microphone on you to have even half a chance of capturing your important messages to Boardroom Network standards.  Part of this is some of us mucking in and giving Jay more support.  He’s at most meetings by 5.30 and stays behind for far too long clearing up.  I think it would be great to give him more co-ordinated support.  Who is with me on this?]

The Future of Inter-Dependence Days

I close then with a prediction for the next five years.  Two themes are on the ascendant in business.  The first is adaptability – the ability to adapt, change, and thrive in a world where technological advance (and its social and economic impacts) is now at a rate beyond which no other generation has had to learn to cope with.  We can, however, not only cope but we can conquer if we learn to co-adapt.

The second theme is an increased need for a sense of belonging to something worthwhile.  When The Boardroom Network shows itself, as it did on 4thJuly, as a movement to be proud of one-to-one, one-to-community, and one-to-planet, the desire to belong to it more actively is a worthy outcome.

The more inter-dependent we become, the stronger we become together.

Proud to be a Member of The Boardroom Network