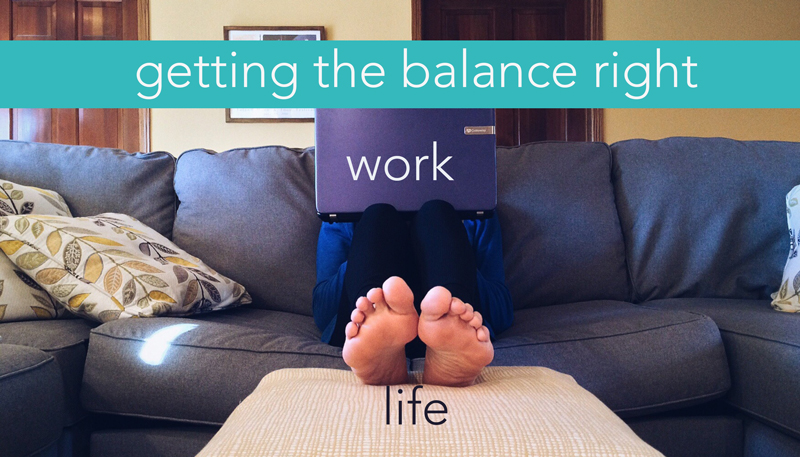 Balance – and getting it right

A productive, entertaining, and inspiring time was had by members and guests at Friday’s breakfast meeting of The Boardroom Network, hosted at Chilworth Manor.

If there was one theme weaving the experience and the keynote presentations together, it was ‘balance’.

Chilworth Manor balanced the need for speed with the requirement for appropriate staffing levels – with two serving stations getting us smoothly through the breakfast logistics – with the amazing Jay as our Catalyst.  You may have heard it said,

“There is no mission without margin.”

With that in mind, I think we’d agree that Rachel Denham‘s team got it right – the right number of team members to meet the needs of 80 plus energetic and hungry people in the room!

Tracy Jordan, of Northwood HR, shared a keynote on the kind of Human Resources Stories that would terrify any employer – where the balance between employee delivery and organisational expectations was tipped in the wrong direction!  The message was clear: you need access to professional HR help when people-issues become out of balance and need a firm hand with a calm approach.  Many of us reflected back to Tracy how we’d enjoyed the way she had framed these stories as an award ceremony: HR’s Craziest Cases!

Simon Bateman, of Spire Consultancy, specifically addressed the bitter-sweet, sugar-coated pill of getting the work-life balance right or very wrong.  In an emotive account of how he nearly lost what he held most dear, Simon’s presentation closed the meeting on a call to action: get balance in your life.

“There is no end to the weird and wonderful things that people get up to in work!”

“Secondly, there is no end to the amount that people like to hear about the wonderful things that people get up to in work!”  Tracy Jordan

Framed entertainingly as an Awards Ceremony (with the lovely Jay Rachet as her glamorous assistant), Tracy Jordan shared true stories of the crazy things that Human Resources need to deal with.  Names were changed to protect the guilty!

Here are the winners…

For the Best Application

Awarded to Bob whose eye-catching work experience included Time-Travelling.  This certainly made Bob stand-out in the sea of applications that Tracy had to deal with.  As the Industry Tracy was recruiting for was Insurance, having a bona fide Time-Traveller on the team would be a game-changer when working out the implications of risk!

Alas, Bob, whilst he made the interview, failed to make the grade, nor to impress as much as his wild claim to fame!

Contenders included the following.  Do you want compassionate leave to look after your dying mother?  You’re likely to get it, but a word to the wise: don’t post your trip to Ibiza pictures all over Instagram!  Another good one to avoid is using your Company Car as an Uber-side-hustle!

Simon, however, was our winner for his extra-curricular activities.

Sickly Simon had been off for a long time.  With redundancies in the pipeline, the compassionate HR Team wanted Simon to be assured that his role was safe and that he would continue to get sick-pay.

Ringing his home before any announcements were made that would have worried him, Simon’s young son took the call.

When Tracy explained which company she was from he added to the ever-deepening pit that he was digging for his Dad by saying,

Simon’s son was not the only one that had to go in a hurry!

Simon had always wanted to work in the Court System, so an intuitive call to the Winchester Court System HR Department indeed uncovered his new role as an employee – a role he was then fully released into!  One door closes, another opens…

The Doh! Award for Sheer Stupidity

Other Awards included The Doh Award for Sheer Stupidity – going to Steve for his career-limiting actions.  Steve punched out not one but two clients – the first at a Christmas Party!

As the Chinese proverb says,

Whilst Steve otherwise had had a long, successful track record with the company, punching out another key client at the very next social event sealed his fate… and his award!  Ah, the swings and arrows of outrageous punches!

The Award for The Ultimate Crazy Case

The last award was for The Ultimate Crazy Case.  The winner was Shannon who turned real-life into a soap-opera.  This was a more unpleasant story that actually made the pages of The Daily Mail.  Shannon’s sickness was regarded with suspicion not only by the employer (who were paying out heavily for a long-term disability scheme) but also by the doctors who examined Shannon.  Let’s just suggest that the heady mix of a kidnapped Private Investigator and the miraculous healed Shannon were elements irresistible to the press!

Dismissal led to a very expensive court case where Shannon took the company to a tribunal for all manner of alleged discriminations.  Fortunately, we have a Justice system that champions well-researched cases, and Tracy’s company not only won the case, but the judgment was also made that all the very high expenses should be paid by Shannon too… Subsequently, Shannon’s violent hubby was jailed for a long time for his role in the kidnap of the Private Eye!

Know then that if anything weird crops up in your own workplace – nothing phases Tracy!

2019 is a Landmark Year for Tracy as she’s reached 25 years in the Industry.  Her experience and confidence in providing the right solution were clear, and we congratulate Tracy on the journey so far.  But there is more, much more…

Whilst story-telling is a big part of engaging an audience of 80 at TBN, the message is always clear.  Tracy can handle even the most traumatic of situations, but the other side of the coin includes her positive skills in employee development.  If you need to deal with ‘weird’ – give her a call, but also if you need to develop excellence and what is often called, “Employee Engagement,” you can also call her.

I close this section with a link to one of the clearest articulations of this theme I’ve ever watched.

Does this apply to those of us who don’t employ team members?  I think it does.  Increasingly, customers just like employees need to be aligned with our organisational goals for balance and sustainability to be achieved.  Imbalance is unsustainable, which leads us perfectly to the presentation from Simon Bateman.

Simon Bateman heads up Spire Consultancy – a firm of Chartered Surveyors that assist businesses with all of their property needs.  From finding premises to negotiating terms, rent-reviews, and exiting a lease – ensuring that your premises really work well for your business.  This includes making certain the contract you sign has no hidden costs or nasty surprises.  Simon’s authority and credibility in these areas has emerged from years of painful experience on the other side of a contract.

Today’s message, however, was about the Work-Life Balance.  Why?  It’s because it’s something that Simon got wrong – badly wrong.

Simon’s love of geography was inspired by two really good teachers.  This led naturally to a Degree in Land Management from the University of Reading with a career in Surveying as the sensible vocational path to follow.

His cv is impressive with companies that included Philips Electronics, Lloyds Bank, the GLC with Red Ken, and then in private practice.

Simon met and married Jo, and they had two lovely daughters together.  However, Jo’s serious health problems led to her death in 2000.

Sophie came into Simon’s life and they married, just before Simon became the Head of Management for an infamous property company (the clue is on LinkedIn!)  Huge responsibility and a huge wage led to a lifestyle that included the exotic trips, the perks, and the big house in the country… but at what cost?  Even the commuting was the equivalent of a whole day a week wasted.  Combine this time ‘cost’ with the emotional cost of Simon working for a horrible boss in a job he hated – well, you can probably guess that something dramatic was going to happen…

Simon’s bullying boss spread his toxic attitude throughout the organisation and all the tenants associated with the business.  Unbelievably inappropriate behaviour from this boss contaminated so many lives and then the lives of the families affected.  So why not leave?  It’s a trap.  Commercial success can produce a lifestyle that can become addictive and hard to give up.

Like a pressure-cooker, Simon found that he would erupt and take it out on those he cared about most – Sophie and the four children they now had.  Something had to break and, of course, it did.

After 12 years together, Sophie had had enough of the moods and the outbursts of anger.  She declared that she and the children were leaving. This coincided with the financial crash where property values fell and Simon was made redundant as a result of the company needing to cut costs.

Good things can come from crises.  The big house in the country was a money-pit, so they let it go and the family got back together, moving into a small cottage.  Simon says,

“For the first time in years, I felt my life was manageable and within my control.”

Lower overheads, a decent redundancy pay-off, plus freedom from a job he hated all enabled that critical re-evaluation of life that can lead to pursuing what we really want in Life.  Not only did Simon think again about what was important, but he also flipped his 15 years of torment into helping businesses on the other side of the table from a ‘bad landlord’.  Now he can show tenants how he can work for their advantage using his wealth of Intellectual Property so painfully and expensively gained.

What now?  Now, Simon has Balance.  He loves what he does.  He’s locally-based and playing an active role in the community.  Sophie and Simon have had another child – a son, in whose life Simon is fully engaged.  He is present in his other children’s lives as a more patient father.  An extra day per week saved through not commuting has brought great time-freedom.  Does anyone want to know more about Simon’s new passion for his wood club?  Ask him!

I don’t want to add anything after Simon’s final words to us, so let me just conclude personally by saying that is it obvious from Simon’s demeanour that he is a man who has found the peace available through discovering a work-life balance.

“Work and money isn’t everything…  It’s the people in your life that really are most important.  Whatever your circumstances are, you can radically change your life.  Change might be something that you decide on or it could be foisted upon you…  But if you embrace it and face the unknown, you can work to create a life and a career that is in balance and that works for you, for your health, and for your family.”

The X Model of Employee Engagement is hosted on YouTube and is, of course, copyright of Zenger-Folkman.