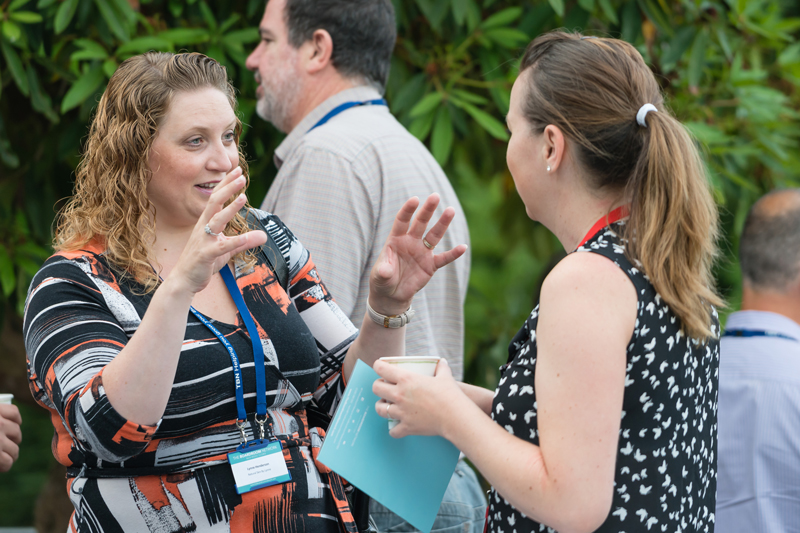 Many of us were delighted to be back at Chilworth Manor, and we weren’t disappointed.  Glorious weather, a grand location, and four compelling presentations made for a memorable event.  Here’s what we covered…

How to be a Successful Change Agent 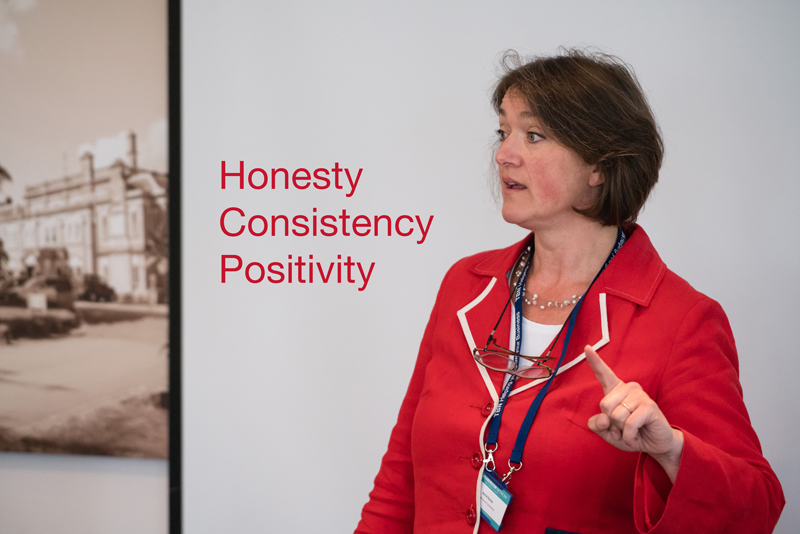 Astrid Davies – Astrid Davies Consulting – shared her first talk as a Transformation Coach, but at her last meeting with us for a little while.  The reason is so that Astrid can concentrate on some aspects of her business that have grown as a result of coming to TBN – which is a great shout out for the value of TBN, isn’t it?

As Astrid says, if you introduce yourself as a Management Consultant – it may not create the right image in people’s minds.  For example, “Where’s your clipboard?”  What Astrid does goes way beyond the clipboard stereotype.  Her role is to help people solve their problems across three sectors: Private, Public, and Voluntary… and she has been doing this successfully for the past 30 years.

Astrid got us all to stand in response to some questions around ‘Change’ – questions that proved to us that we were all really ‘Change Agents’.  Change gets a bad rap as if it’s some kind of impending disaster.  In reality, it’s about working towards making ourselves and our businesses better.  Improvement is positive-change – especially when approached with Astrid’s three principles, which I’ll share in a moment.

Looking at change differently – it isn’t necessarily that much of a challenge.  Turning back the clock a few years, Astrid shared four major changes that came along almost all at once: turning 50 (those birthdays with an ‘0’ in them can often be significant, can’t they?), being made redundant after 20 successful years in the business, having a new hip, and moving home to a new area where she knew no-one!

This series of shifts became the catalyst for Astrid to start her own business – seizing change as an opportunity. Thanks to TBN and what has now become our Elite Business Women’s Clubs, Astrid is now in a position to launch a product along the South Coast, for Leadership Development.

All this change was a mindset shift for Astrid.  It was helped by three key principles.

Secondly, consistency.  Be consistent. When you do what you say you are going to do, and you keep on doing it, make sure you keep reminding people of your consistent message.  Again, and again – the message must remain honest and transparent.

Thirdly, positivity.  Astrid says, “You have the skills within you to change anything you choose by deciding to embrace that change.”

Thus, we can tackle change with confidence.

We wish Astrid great success in this new adventure.

Sailing to Success with the Promise of Champagne 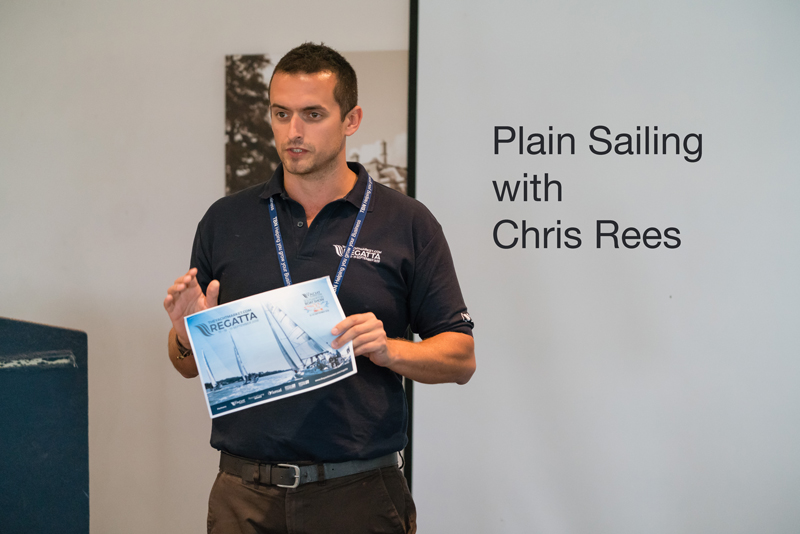 Chris Rees, from ReesLeisure, has shared at multiple meetings recently – the same, consistent message, and it’s clear that this has paid off because, now, we are going to be represented on two of the three racing days at the Southampton Boat Show Regatta.

It’s an easy message to pitch since Chris is offering us sailing, sunshine, and champagne!  The Boat Show is having its 50thAnniversary, but this is the very first time that racing is going to be featured as part of the festivities.

How does breakfast in the Harbour Hotel in Ocean Village sound for starters?  Well, follow that with a full day’s racing!  Safety and excitement will be guaranteed as each yacht has a professional Skipper and First Mate to make sure its… well, plain sailing.

We’ll have a TBN Yacht that will come out on the City Cup day – the Monday.

The Women’s Cup on Tuesday will have an EBWC Yacht – giving our combined Networks a great opportunity to make the most of this unique Networking event!  I can say from my own experience that sailing is a great way to bond.

Of course, you can also go to the Southampton Boat Show Regatta on the Wednesday, as well – enjoying the sights of these amazing vessels, and sampling the lifestyle associated with them… plus there’s the Property Cup – open to you if you have an interest in Property Development.

All aboard? If not, Chris has promised to present again!

The Journey to Financial Success can have interesting beginnings… 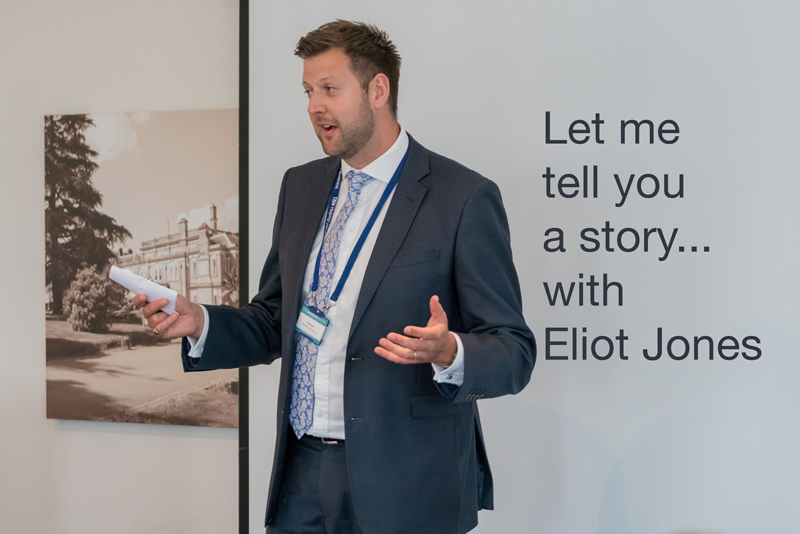 Eliot Jones – from the Christopher Jones Partnership – shared some funny stories about his journey that culminated in him joining the family practice.

Eliot started in business at the age of 18 with a franchise business – Green Thumb, the lawncare franchise. Eliot’s job was to knock on doors… with very mixed success!  In spite of rejections, Eliot persevered and, within 3 years, developed a base of 5000 customers. More than this, he’d acquired 2 other franchises.  He became the largest franchisee in the UK. Spending 5-7 years in the business, he then moved on to a cleaning business.  Eliot has therefore got a lot of experience with buying, developing, and selling businesses – wisdom and experience that he now brings to the family’s Financial Practice.

Now he specialises in giving people a better future by advising them about pensions.  But what’s the secret to a thriving family-run business?

That’s the secret – a secret now shared with us! 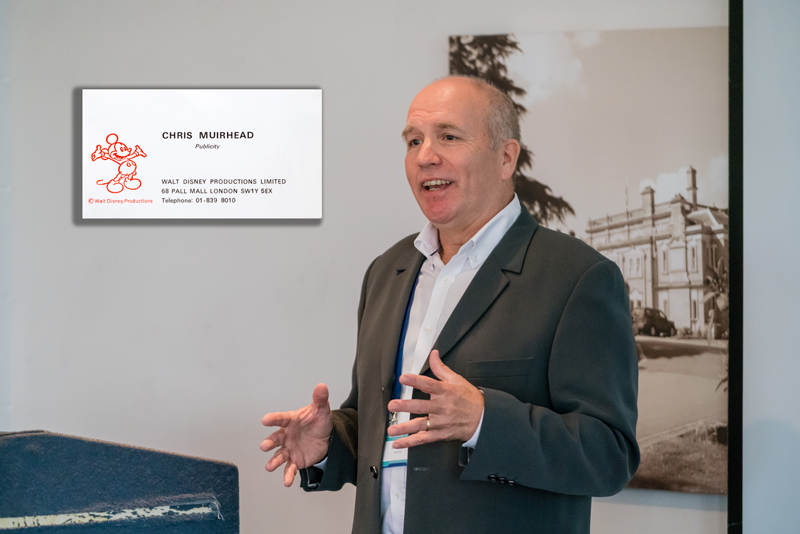 Chris, like Chris Wilkinson, has shared previously, gave us all a most welcome notebook as a gift  – a gift we thank you for Chris.  I think it’s important to feel free to send these two gentlemen a personal thank you for their generosity, don’t you?

Chris Muirhead used to work for a Mickey Mouse company – Walt Disney! He was a field publicist, which means his job was to travel up and down the country, negotiating and trading with media like newspapers, tv, and radio to get them to help promote the latest releases.

This was an exciting job for a young man in his early twenties.  An additional thrill was added when the work included taking along costumed Disney characters to help with promotion: Mickey, Baloo the Bear, King Louis…

Chris had to wear the costumes to know what it was like, including traipsing around the Lord Mayor’s Show as King Louis!

In one emergency stand-in for the tour manager, Chris was recalled to London at short notice, handed a car, a 7-foot white rabbit, and a 6-foot Mad Hatter… and put on the midnight train to Glasgow, ready for a 3-week tour of the UK!!!  This tour included an appearance of the costumed characters on Tiswas!  The White Rabbit and the Mad Hatter had to do the ‘dying fly’ impression on television… which was very difficult to recover from!

Other excitements included the promoting of Pete’s Dragon in Monte Carlo.  Monte Carlo was a late change of location, and Chris didn’t have a passport.  Within four days, located near Petty France, he turned that challenge around.  What a guy!  Hey, he turns around my printing requirements in even less time.

The message began to move towards its powerful punchline when Chris shared the time he was asked, “Can you go and sit in first class?” Being polite and unassuming, he turned the opportunity down.  The message? Seize these opportunities.

Moving on, he also covered Royal Premier of the Rescuers – how memorable that must have been.

And then there were the side benefits of volunteering to work over the weekend on the Mickey Mouse Club Mailing. This was a mere 25,000 mailshots, produced with a Gestetner machine – followed by stuffing envelopes!  However, there was a side-benefit…

…Chris got a ticket to see a film over the weekend – ending up watching Star Wars for its first release – fascinatingly now part of the Disney franchise.

With a serious conclusion, Chris shared how he had an opportunity to be interviewed for a new role. The potential new boss was rather brusque, so Chris turned it down out of hand – not wanting to work for him. He says he should have gone and at least listened because the division this guy controlled was a small division at the time, a division called ‘Merchandising’!  The department and the guy’s career took off and Chris could have ridden the chap’s coat-tails.

Chris thus had a strong message: never say never.  Never turn down an opportunity because you don’t think it’s right for you or you don’t like the people.  Always go and find out what it’s all about first.  Then make a measured judgment.  With no regrets, and still carrying his Disney business card, Chris said it again: