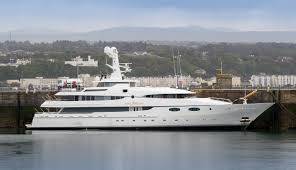 Despite this event being slap-bang in the middle of the holiday season, no less than 67 people turned out to enjoy the delights of networking alongside a hearty breakfast. In somewhat stark contrast to the glare and glitter of July’s sunlit gathering at The Italian Villa, this month’s event saw a return to the Hallmark and a different suite to usual – this one with no discernable windows! Fear not, the room may have been darker than ideal, but spirits were not. The noise level within minutes of being called to our tables by MC Simon Scarborough was a fine testament to the customary TBN enthusiasm. It’s what we’ve come to expect.

Our round table chats and 60-second presentations now run like a well-oiled machine. Many of us are old hands at it. Even visitors  (22) and new members (13) – seemed buoyed by the confidence of the regulars and always deliver a fine account of their enterprises.

On my table, I added a new dimension by challenging my guests to tell us something about themselves (that we were unlikely to know) at the end of their pitch. It was a fascinating exercise that revealed the most unlikely and unexpected insights into people I’d known for quite a while. Kevin Sheldrake of Rebuco admitted to being a reluctant home brewer of cider, thanks to a glut of apples in his garden. Magnus Harding of MEH Construction studies butterflies and propagates colonies of caterpillars. It transpires that since 2005, Rob Tanner of The Broadstone Link has held the British high score record for 10-pin bowling. And there were many other intriguing revelations – I recommend it to my fellow table ambassadors.

Our first Two Minute Warming was delivered by Chris Mower of The Legal Brokeridge IFA’s. Chris extolled the many virtues of spending a bit of time and enlisting the help of professionals to review our financial circumstances. He will undertake a review without charge. And he made an interesting topical point: people generally spend more time organising a summer holiday than planning their financial well-being. He also revealed that company directors can claim tax relief on their insurance premiums. A few ears pricked up at that one! Contact Chris for more information.

A brief interlude before Two Minute number two saw the baton handed to Darren Northeast of Darren Northeast PR. Darren’s team is behind the nomination of a charity to be supported for 12 months by The Boardroom Network. There’s more about how to vote for a charity below. The chosen charity will feature on the TBN website, on TBN social media streams managed by Darren’s team, will have a collection tin at meetings, and will be the worthy recipient of a financial donation. In addition, Darren will support the charity with free PR.

Next up after the table swap was Neil Armstrong of Creative Wisdom. Neil’s company works in two ways with its clients. First as a wholly-outsourced marketing department generating leads and taking responsibility for running the client’s entire marketing operation. Or alternatively by project, which could include any number of initiatives from websites and email campaigns to strategic planning and execution. Of note is Creative Wisdom’s new affordable service for small businesses, starting at £200 per month. An expert helps create a marketing strategy and then teaches the client how to manage and deliver the marketing.

The final slot was championed by employment law specialist Chris Wilkinson of The HR Dept. Chris suggested it was time for an urgent a focus on pension auto-enrolment, and backed this up with a few statistics: one in four employers are oblivious to their auto-enrolment obligations; by the end of last month, 30,000 SMEs employing more than one person should provide a workplace pension scheme. Not all are. Other deadline dates are imminent and depend on the number of employees. Auto enrolment is mandatory and business owners face penalties if they fail to comply. Chris’s message was “don’t delay”. Doing so is likely to compromise the choice of pension provider, with the pension industry saying it is unlikely to cope with a late surge given that 98% of British businesses employ fewer than 50 people. Contact Chris for more information and for assistance in ensuring you’re legally compliant.

During her wrap up, Jacqui welcomed the raft of new members and thanked everyone for making a fine effort in the face of summer holiday pressures. TBN membership now stands at 62, though Jacqui’s target remains eighty. Watch this space. The final duty was to award the Champagne to the member introducing the most guests on the day – an accolade that had Chris Wilkinson returning to the podium. A plea from Jacqui was a reminder to all of us to click on the link in her pre-event emails to confirm our attendance. It’s hardly a chore and significantly eases the organising of TBN breakfasts and those all important Table Plans.

As a final note, Jacqui drew our collective attention to voting slips for the nomination of a local charity to benefit from TBN support. All members are invited to offer a nomination for one of the following charities:

If you didn’t fill in a slip at the breakfast, kindly notify Jacqui of your nomination.

Next month’s Breakfast is on Thursday 4th September.

Please keep the stories and feedback coming. Thanks again. All the best – Steve Chapman of Swordfish, aka TBN Blogmeister.