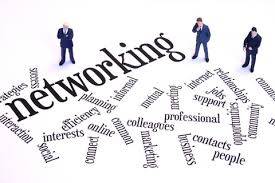 Great News! The truly disgraceful weather that has been the overriding feature of 2014 so far failed to prevent almost sixty local business enthusiasts from braving the elements to attend what Jacqui Frampton billed as the third Boardroom Network Event. Personally, I made it four events, but it turns out she wasn’t including the launch event. She can never be accused of fudging the numbers.

While on the subject of numbers, five new members were among the throng, adding yet more impetus to The Boardroom Network initiative. Okay, it’s not about sheer attendee numbers but the quality of the engagements you make. And that was in evidence too, especially if you measure a quality engagement by the noise level. One table was particularly animated and the source of much raucous laughter. Some of us nearby struggled to hear ourselves think, let alone converse with our table colleagues – but what a great atmosphere!

Always a crowd-pleaser, we were treated to three ‘Two Minute Warmings’. First up was Kaye Crouch of NFU Mutual. Kaye insists we don’t need to own a herd of dairy cows to deal with her organisation, and we got the message that we needn’t act like sheep and go to the usual insurance outlets if it’s a personal service we’re after. Turns out that she can provide that irrespective of our agricultural leanings.

Next up to the lectern, in fact casually leaning on it having hummed Chopin’s Funeral March on his short journey to the front, was Graham Down of Burton Sweet Corporate Recovery. His glum tune was a reverse psychology way of assuring us that his company does not simply bury failing companies. Instead, the message was simple to those experiencing business difficulties: don’t wait until the bailiff calls and the bank refuses to pay the wage bill as acting early can make all the difference in turning a business around. He’s the man for the job.

Taking the stand last, and probably for good reason, was Andy Edwards. Andy is really quite at home in front of an audience and a hard act to follow. However, he tried to kid us that addressing 60 people is more unsettling than addressing 600. Frankly, he didn’t look the least bit unsettled! Andy is a professional speaker, masterclass presenter, trainer and coach. One memorable gem he shared is from a survey in the US that put the fear of public speaking and of entering a room full of strangers above the fear of one’s own death. As Andy pointed out, this fate-worse-than-death is what he does for a living. He left us with a prompt card for the seven mistakes most businesses make in marketing, and claimed to have witnessed six of them that very morning. The nerve of the chap!

Of course, we all enjoyed the table sessions, some more boisterously than others, and it was clear that some great new relationships were being forged. This was reinforced by countless huddles of small groups and one-on-ones around the room when proceedings were closed by Jacqui. But before that, she awarded a bottle of bubbly to the person who coerced the most guests to attend: Martin McMahon of Business Wessex took the prize. Good on him – guests and new members are, as Jacqui likes to remind us, the lifeblood of effective networking.

During her closing remarks, Jacqui advised that a move of premises for The Boardroom Network is on the cards. MC Simon Scarborough elaborated on that privately after the proceedings, confirming that plans are advanced. Watch this space.

Don’t forget that we’re always keen to hear about your observations and experience? In particular, be sure to tell us what successes you glean from TBN; naturally we’d like to share that among the membership. Please keep the feedback coming. And forward details of any contacts who may benefit from attending a TBN breakfast – we’ll do the rest to keep attracting new members.